This is a market that I think will face a headwind as we are simply not in the right economic cycle for crypto to do well overall.

Monero was very bullish during Tuesday’s trading session to hit the $180 level. This is an area worth noting as it used to be both support and resistance. We also have the 50-day EMA sitting there and sloping lower, so there is a bit of technical resistance built in anyway. Monero has formed a “W-pattern”, but we are not out of it yet. It is for this reason that I monitor Monero very closely.

Looking at the chart, we’re still in a downtrend, so it’s likely we’ll see some sellers coming back in enough time. After all, we saw a bit of a ripple effect here due to what happened to Bitcoin, which was heavily influenced by the idea of ​​rubles exiting the cryptocurrency markets. With sanctions, that sort of thing usually happens. We have already seen it in Venezuela and North Korea.

Whether or not that’s sustainable is a completely different question, and I think it’s likely to be more or less a market just waiting to be shorted, but whether or not that will materialize remains to be seen. The 200-day EMA sits at the $214 level and is also falling. That’s about where the “measured move” should go if we break out above the top of the W pattern, so it all ties together pretty well. Regardless, this is a market that I think will face a headwind as we are simply not in the right economic cycle for crypto to do well overall.

On the downside, the $150 level is a significant amount of support, extending down to the $140 level. If we were to fall below this level, the market is very likely to go much lower, perhaps to the $100 level. That would obviously be a significant drop, but I think volatility and geopolitical concerns will continue to move these markets quite drastically overall, not just Monero, but everything else as well. While crypto traders tend to think that crypto is completely isolated, it is certainly not as we have seen over the past few months. 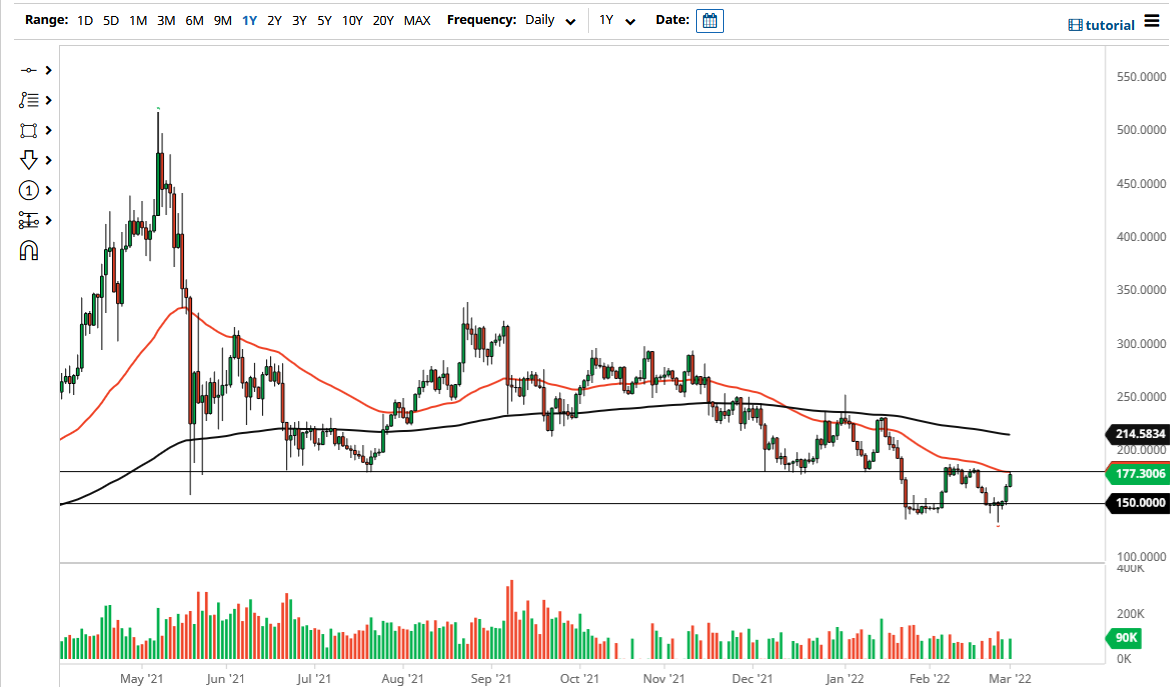