I think we are starting to see a pretty big downward movement and I intend to take advantage of it.

Gold markets initially rallied on Wednesday, but gave up a good chunk of the gains and then started to slump from there. The above $ 1750 level is an important area of â€‹â€‹interest that we have been seeing for some time, and it is likely to show a lot of resistance based on ‘market memory’.

The candle closes towards the lower end of the daily range, opening the possibility of a dip towards the massive support level at the $ 1680 level. The gold market continues to struggle with rising interest rates in the United States, making it less expensive for traders to hang on to paper in the form of bonds instead of picking up money. gold and pay to store it. Most traders forget that the large sum of money that moves this market has to pay for storage when it comes to metal, so they forget that this is not just a simple “anti-” transaction. American dollar “. When interest rates rise, it becomes significantly cheaper to just hang on to the bond.

The shape of the candlestick is very negative, and it is likely that we will continue to see momentum. At this point the rallies will be faded and I will take advantage of any signs of exhaustion. If we were to fall below the $ 1,680 level, the market could very well drop towards the $ 1,500 level. Rallies at this point aren’t very interesting to me, but if we were to turn around and take the 50-day EMA out, chances are we could go higher. We would also need to see US interest rates start to fall precipitously, which doesn’t look likely to happen in the near term. I would expect a bounce back, but I would just get out of the way and take advantage of â€œcheap dollarsâ€ on this rally. I think we are starting to see a pretty big downward movement and I intend to take advantage of it. The market sees no reason to rally to a longer term move, so at this point I think we need to retest that crucial level below, which I think will be the next major fight. 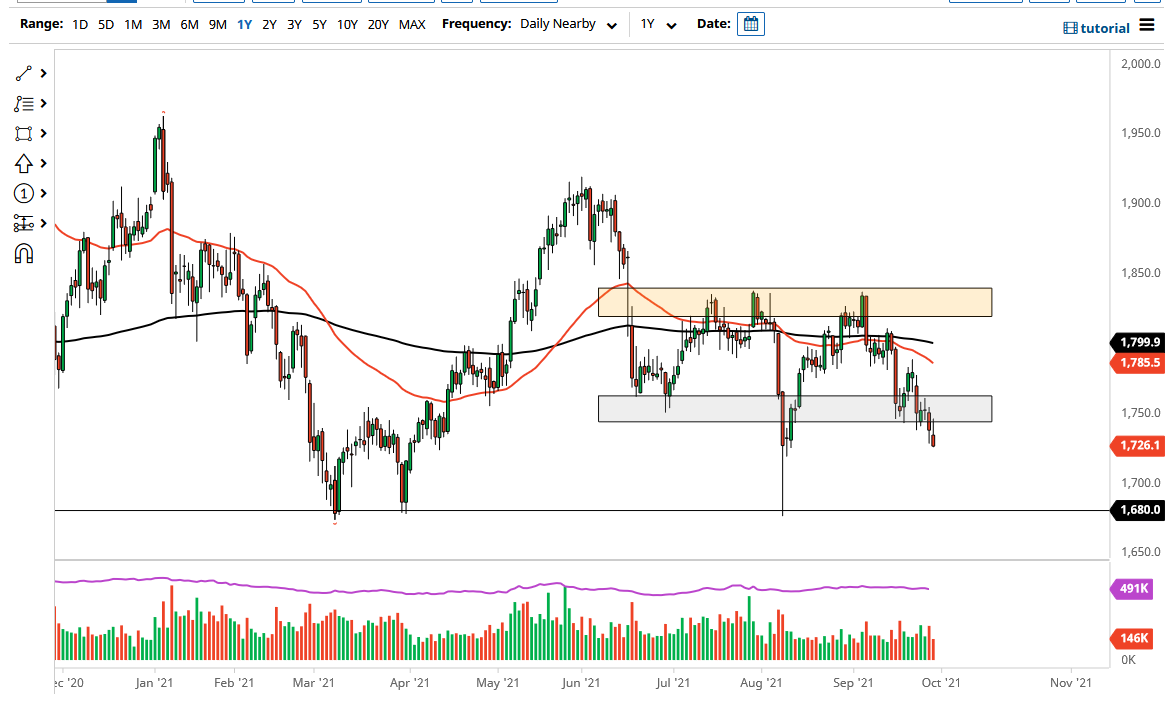