Hopefully we will have a crypto winter so I can start piling money on this market for the next move higher.

Ethereum initially tried to rally during Friday’s trading session, but turned around to show signs of weakness. In doing so, it confirms the “M-pattern” that I talked about in the previous session. For this reason, it looks like we are set to crash a bit and it is more likely than not that we will continue to hit the $2600 level. After that, the $2,500 level could very well be targeted, an area that has been supported in previous attempts.

The 200-day EMA sits above the most recent low, and the 50-day EMA is preparing to collapse below to form the so-called “death cross”. Ultimately, it’s a longer-term negative signal, but it’s obviously late. If you wait for this signal to short the market or even get out of it, it’s about $2,000 too late. That being said, people will pay attention to it and it will probably make a few headlines here and there.

One of the biggest problems Ethereum is going to have is the fact that it is a risky asset, and quite frankly, risky assets have been hammered lately. Markets continue to be very noisy and as a result I think it’s probably only a matter of time before the volatility shakes people up more. I wouldn’t be at all surprised to see this market turn towards the $2000 level as we see monetary policy tightening, and that of course causes quite a bit of concern when it comes to being far down the risk curve as we have now. If we were to fall below the $2,000 level, we could break down rather badly.

On the other hand, if we were to reverse a break above the 50-day EMA, it is likely that the market could head towards the $3,500 level. After that, we might see this market heading towards the $4,000 level. Nonetheless, I think we still need to go lower and since I like Ethereum longer term, I hope we get a crypto winter so I can start piling money on this market for the next move higher. 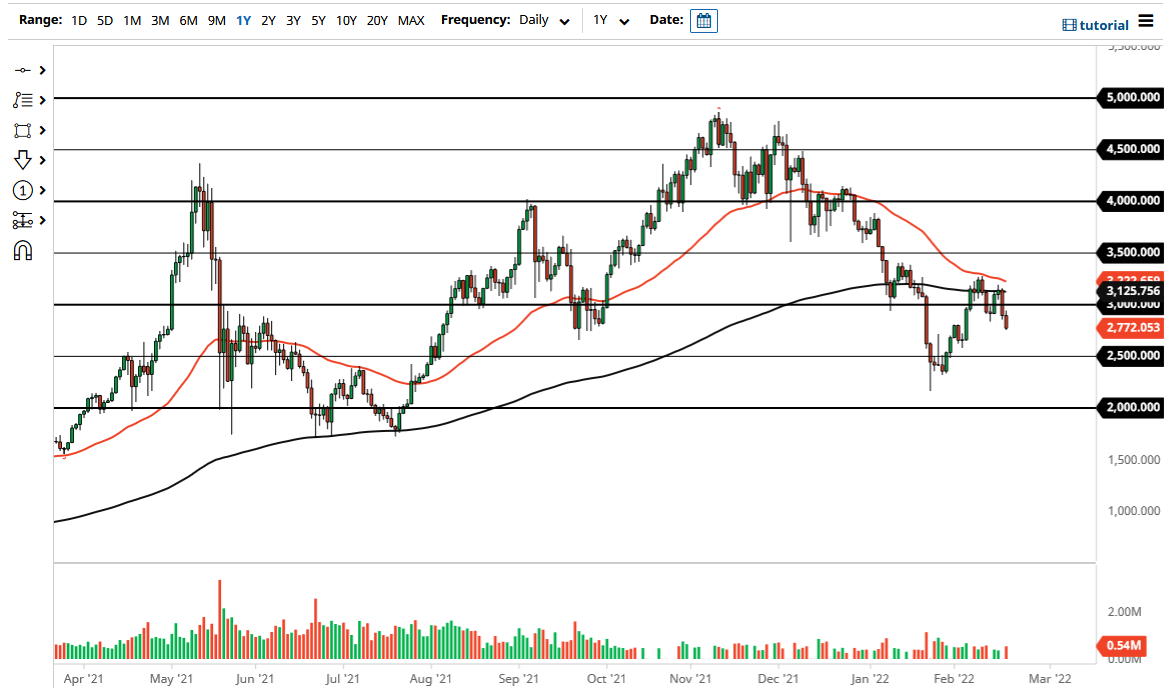