The bitcoin market rallied slightly during Thursday’s trading session to hit the $ 40,000 level before pulling back a bit.

At the end of the day, it’s a market that’s trying to build some type of base model because we’ve seen a massive sell-off. We continue to hover around the 200 day EMA which is of course a major technical indicator that many people will be paying attention to. Nonetheless, we weren’t able to hold on to any significant moves, so even though the market was up over 2½% for the session, this pales in comparison to the massive sell-offs we’ve seen. recently.

I think the level of $ 30,000 below will continue to be a major long term support, and for this reason it is crucial that the market clings to that level. If not, we could very quickly find bitcoin exchanges at the $ 20,000 level. The $ 20,000 level is an area that has been important in the past as resistance so it would not surprise me at all to see this market offering significant support on the downward path. If for some reason we fell below the $ 20,000 level, chances are we would see a full “crypto winter” coming down the road.

The US dollar rose a bit during the day, so the fact that bitcoin rallied in the face of that is a pretty good sign, and in this case, I see it as a potential opportunity for the market to prove itself. . . Once again though, It is only when we hit a daily close above that $ 40,000 level that I would be completely convinced that we are on the verge of turning the tide. At this point, the 50-day EMA hits the $ 47,000 level, which could pose some problems. After that we could look at the $ 50,000 level which of course has structural and psychological significance with that area being past support and of course a good headline number. I think we’re just waiting until we have some kind of meaningful candlestick to get involved one way or the other. Currently, we do not have one. 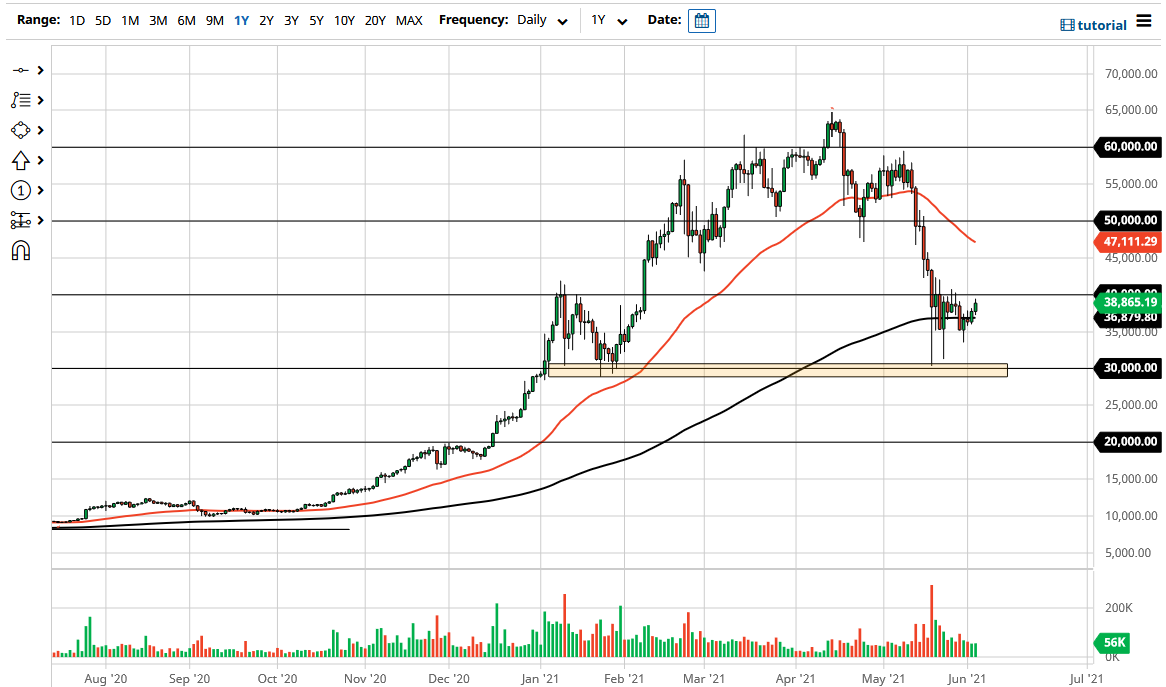 Is this the real reason for the ...